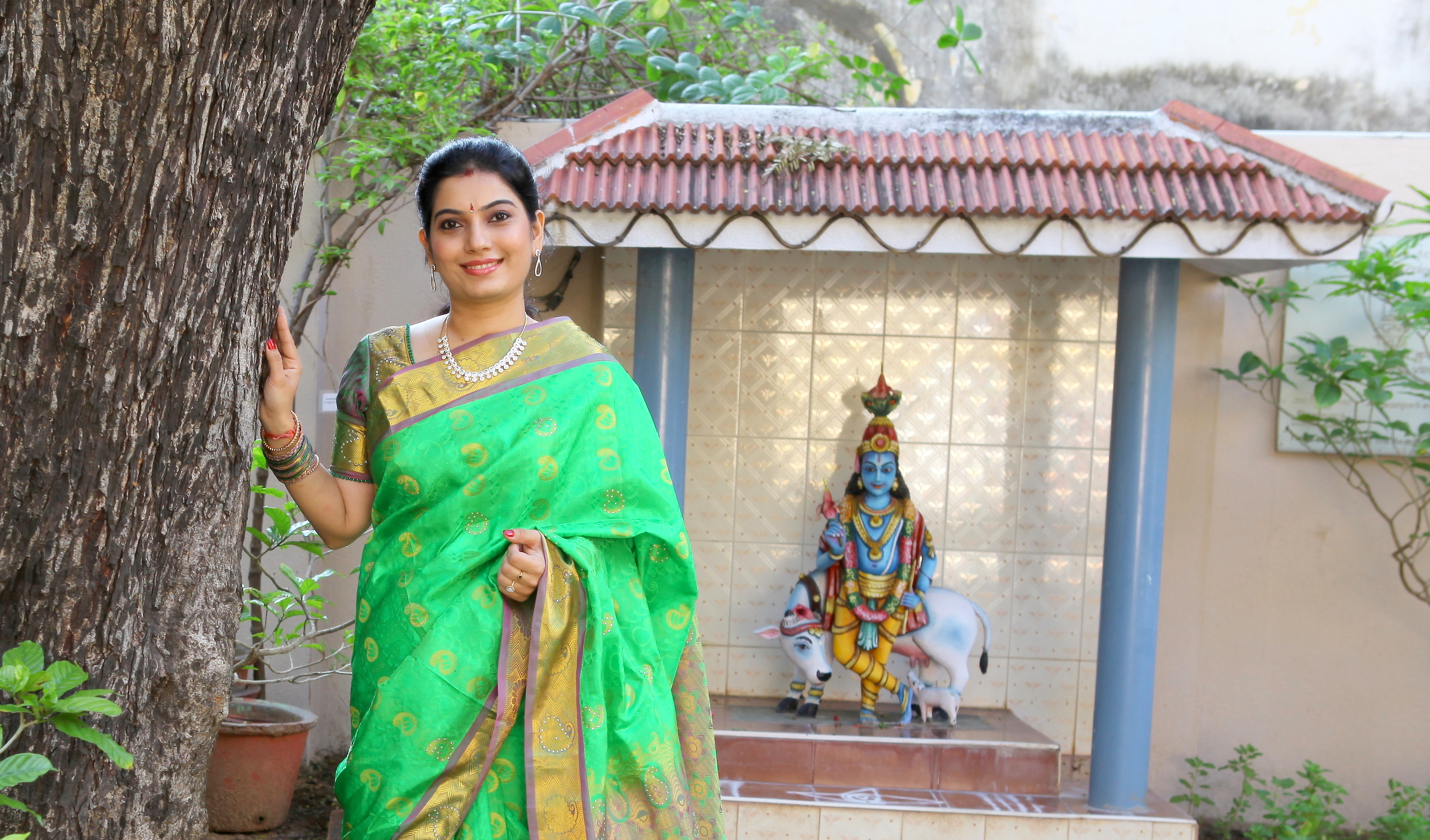 Dr. Shobana Vignesh is one of the leading performing and recording Carnatic musicians in India. Born into a family with a deep cultural heritage, Shobana had a natural flair for Carnatic music. Her talent in singing was spotted by her parents when she was as young as 3. She has been groomed under the guidance of eminent gurus like Sri. Swamimalai Janikaraman, Prof. T.R. Subramaniam, Sri. P.S. Narayanswamy and Sri.H.M.V Raghu. Shobana appeared as a child star in the award winning movie ‘Mahanadhi’ in 1994. She also rendered a song in the movie, ‘Sri Ranga Ranga,’ which became a huge hit. Due to her brilliant performance in the movie, she is internationally known as ‘Mahanadhi’ Shobana.

Dr. Shobana had stunned thousands with her prodigious talent by the time she touched her teens. She made her recording debut at the tender age of 11. A notable achievement of Dr. Shobana is the fact that she is one of the youngest singers to have released more than 150 albums in different languages and to have clinched the doctoral degree in music. She has sung in many languages like Tamil, Telugu, Malayalam, Kannada, Braj, Marathi, Sanskrit, Hindi and English.

Dr. Shobana has blossomed from a child prodigy into one of the most valuable and versatile artistes in the music field. Shobana gave her first professional performance at the age of 13 at the World Tamil Conference held at Tanjore. Since then, she has been giving numerous concerts in India and abroad at prestigious venues. Shobana has a mellifluous voice rich in timbre and has a great command over the technical aspects of Carnatic music as well. She is also often featured by many leading Television channels in India and other countries and has been performing concerts for them for the last 2 decades. Shobana’s uniqueness lies in her extraordinary ability and superior expertise to translate the complex intricacies and nuances of Carnatic music and, thus, enabling it to reach and touch the general public.

Shobana’s musical talents and academic expertise are unique. Apart from being a leading performing artist, Shobana is a research scholar in music and has several music publications to her credit and two of them have been adapted as book chapters. She has 3 Masters’ Degrees and is the youngest Carnatic Vocalist to clinch a Doctoral Degree in music. Her lecture demonstrations on Carnatic Classical Music are well received and she captures her audience with her in-depth knowledge in the field and her practical experience as a performer.

Shobana has fine taste and appreciation for other genres of music. She has an inimitable style for unbending observance to the core tradition of Carnatic music as well as an incessant quest for classical music in any form. She has completed 8 grades in the Theory of Western Music from the Trinity College of Music, London. She has also completed 6 grades in Western Classical Piano Exams conducted by the Trinity College of Music, London.

Shobana is associated with various non profits and charities in India, US and Malaysia and has contributed in the form of performing concerts for fund raising events and annual conventions. Some of the concerts include: